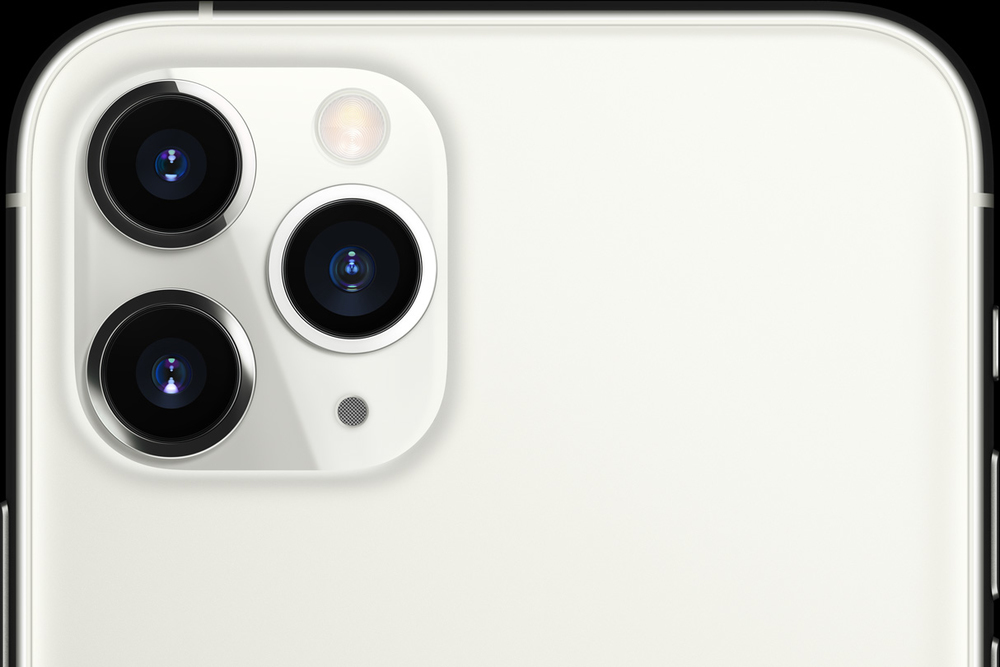 Pro camera system. We’ve three‑upped ourselves. Meet the first triple‑camera system to combine cutting‑edge technology with the legendary simplicity of iPhone. Capture up to four times more scene. Get beautiful images in drastically lower light. Shoot the highest‑quality video in a smartphone — then edit with the same tools you love for photos. You’ve never shot with anything like it. 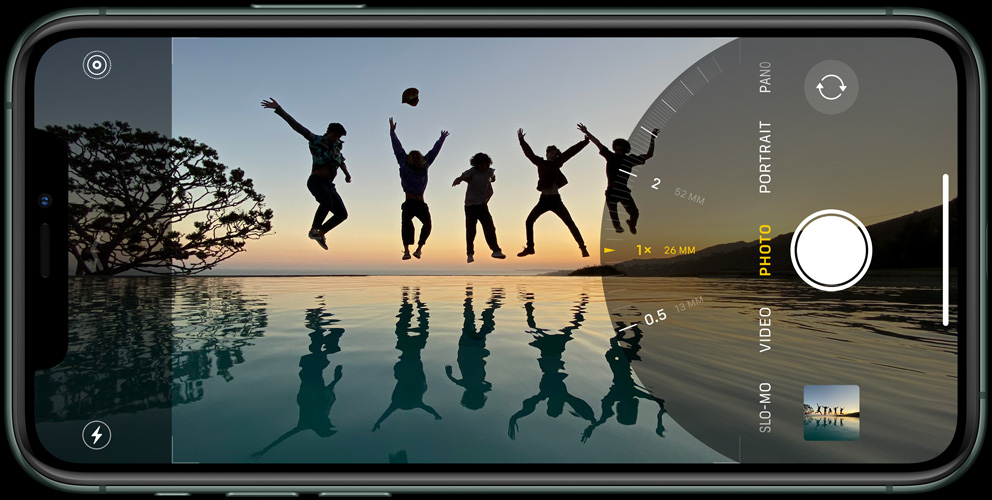 Elegant, immersive interface. We leveraged the wider field of view to let you see what’s happening outside the image frame — and simply tap to capture it. And there’s almost nothing between you and your subject except a new, Pro camera font. So you’re always fully immersed in the scene. 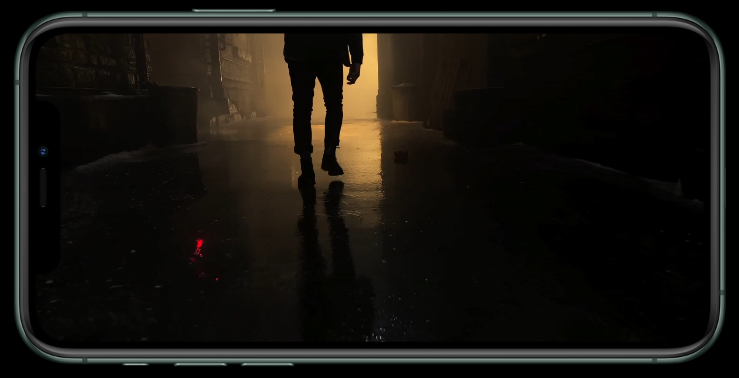 4K video. Shoot it. Flip it. Zoom it. Crop it. Cut it. Light it. Tweak it. Love it. iPhone 11 Pro lets you capture videos that are beautifully true to life, with greater detail and smoother motion. Epic processing power means it can shoot 4K video with extended dynamic range and cinematic video stabilization — all at 60 fps. You get more creative control, too, with four times more scene and powerful new editing tools to play with. 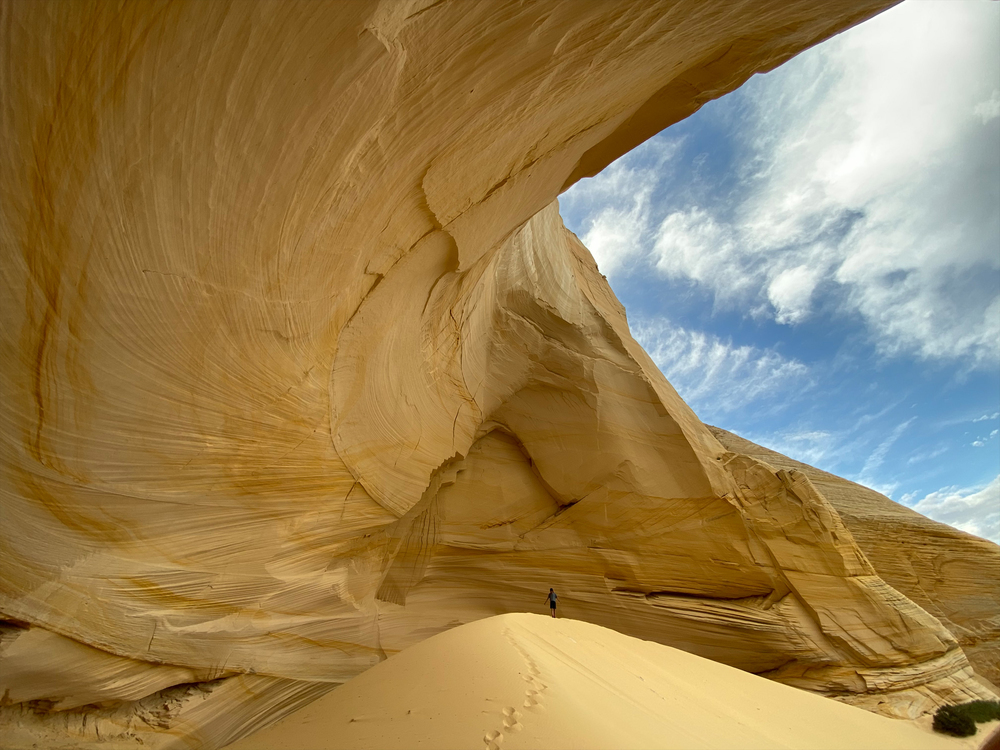 Ultra Wide. Take it alllllll in. When you just can’t squeeze everything into the frame, zoom out. Because the new Ultra Wide camera captures four times more scene than ever. It’s like stepping back — way back — without taking a step. Bring on those mountain ranges, soaring cathedrals, and iconic skylines. 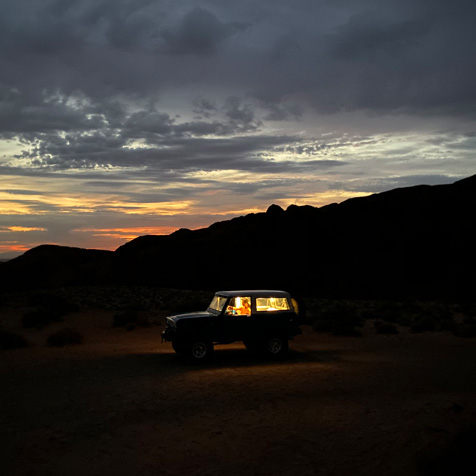 Night mode. High tech meets low light. From dimly lit restaurants to moonlit beaches, the new Night mode uses intelligent software and A13 Bionic to deliver low‑light shots never before possible on iPhone. And it all happens automatically. You can also experiment with manual controls to dial in even more detail and less noise. 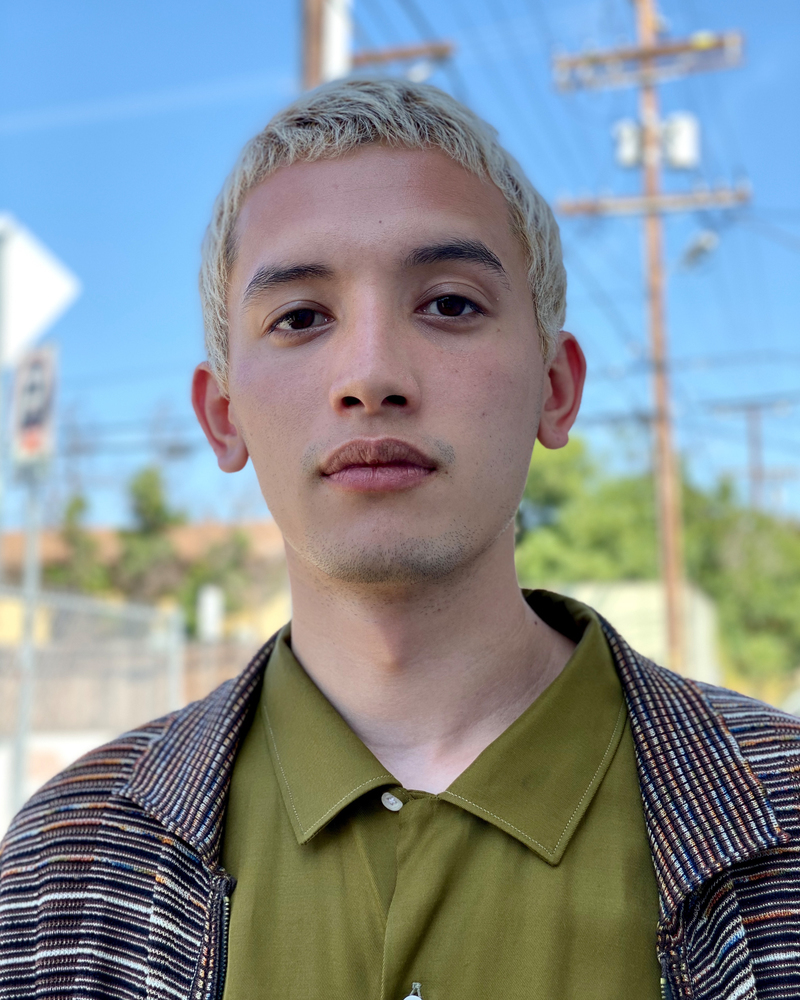 Portrait mode. Power to the portrait. With three cameras working together, you can fit more in your portraits than ever. iOS 13 adds the High‑Key Light Mono effect for studio‑style monochromes. And Portrait Lighting lets you control the intensity of light to flatter your subject — just like you would in a studio. How beautiful is that? 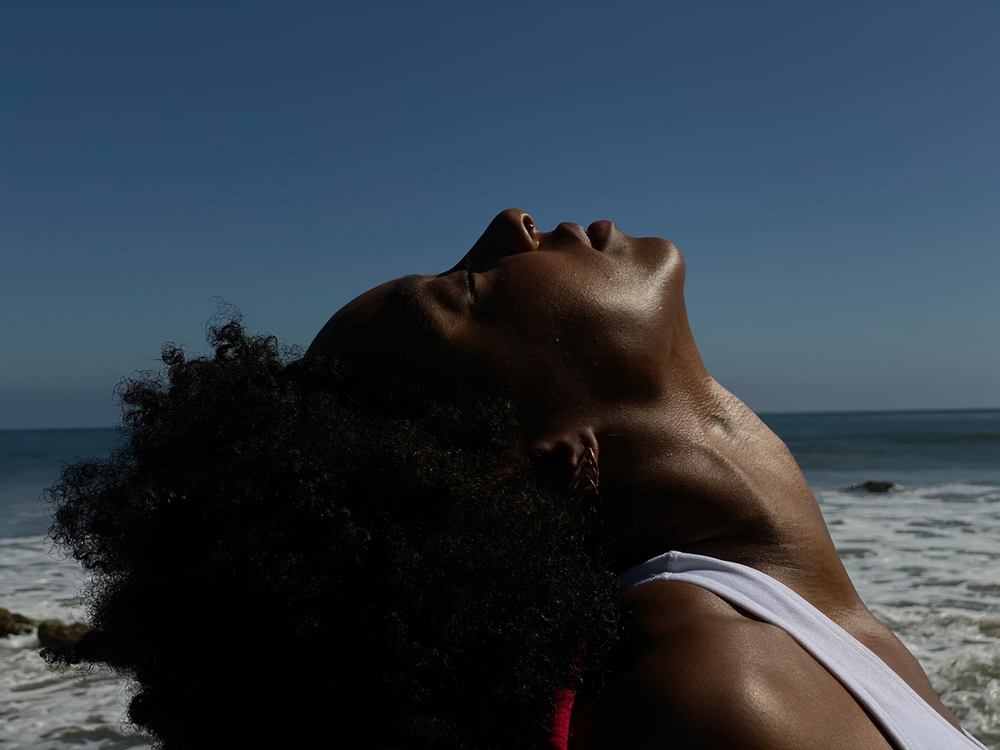 Smart HDR. And you thought your photos couldn’t get any better. Next-generation Smart HDR uses advanced algorithms to finesse highlight and shadow detail in your image. And now it leverages machine learning to recognize faces in your shot and intelligently relight them. That means iPhone 11 Pro can automatically fine-tune detail in both the subject and the background. Even some DSLR cameras can’t do that.

Be ready when your photo op turns into a video op. Say you’re taking photos and you see something you’ve got to catch on video. With QuickTake, there’s no need to switch modes. Just leave your finger on the shutter to start recording. Want to keep the recording going? Swipe right. To take burst photos, swipe left. 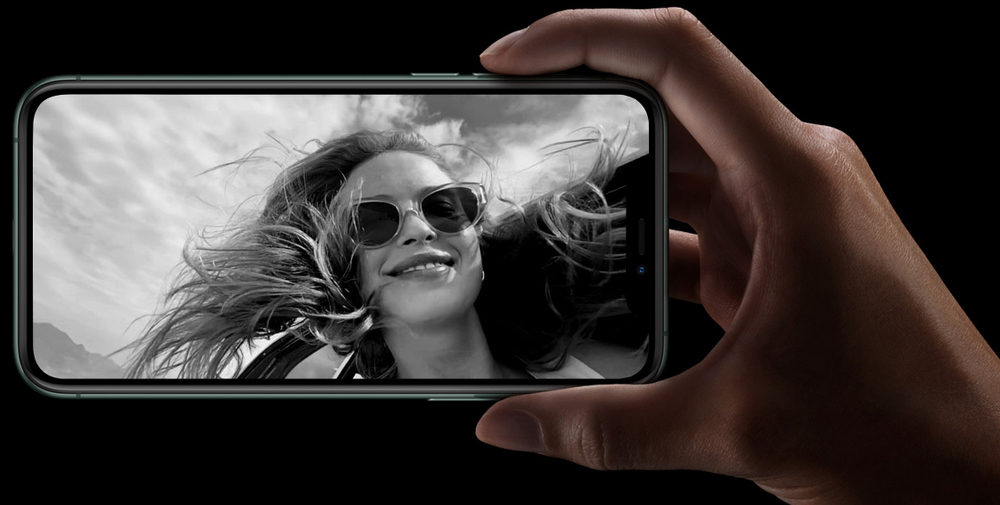 Why selfie when you can slofie? The new 12MP TrueDepth camera lets you take superfun slow-motion selfie videos at 120 fps, or shoot in 4K at 60 fps. For stills, the camera now automatically zooms out when you rotate your iPhone, so you can get your whole crew in the shot. Yes, even selfies can be Pro. 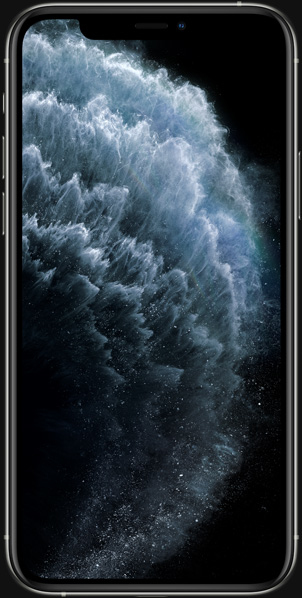 Pro display. Super Retina XDR. A sharp contrast from everything else. The Super Retina XDR display boasts not one but two new record levels of brightness and understands when to use them. It hits up to 800 nits when you’re out in the sun — great for shooting and making selects on the go — and up to 1200 nits when you’re viewing extreme dynamic range content. It’s like having a Pro Display XDR on your iPhone.

Pro performance. A chip so advanced, even we’re trying to catch up. We custom‑built A13 Bionic with a focus on machine learning across the entire chip — enabling experiences that simply aren’t found on any other smartphone. In fact, it’s so fast, so powerful, and so intelligent, it’s years ahead of any other chip. Which gives you an unfair advantage. 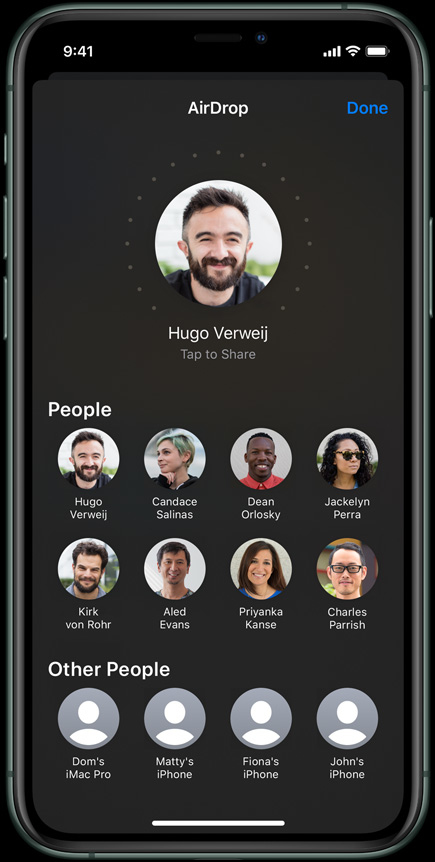 Can you be more precise? Yes. The new Apple‑designed U1 chip uses Ultra Wideband technology for spatial awareness — allowing iPhone 11 Pro to understand its precise location relative to other nearby U1‑equipped Apple devices. It’s like adding another sense to iPhone, and it’s going to lead to amazing new capabilities. With U1 and iOS 13, you can point your iPhone toward someone else’s, and AirDrop will prioritize that device so you can share files faster. And that’s just the beginning.

And then there was Pro.

A transformative triple‑camera system that adds tons of capability without complexity. An unprecedent­ed leap in battery life. And a mind‑blowing chip that elevates machine learning and pushes the boundaries of what a smartphone can do. Welcome to the first iPhone powerful enough to be called Pro.